The
current surge of able midfielders notwithstanding, we have yet to see a
player in the mold of Roberto Kettlun wear the Palestine shirt. Making
his debut in the 2002 Pan-Arab cup in Kuwait, the Chilean-Palestinian
wowed audiences with his precision passing and play-maker vision. Our
friend Amin Ziad got in touch with him on behalf of Football Palestine
to catch up and talk about his time with the National
Team. Here is the text of the correspondence.

FP:
First of all, on behalf of all Palestinian football fans, I’d like to
thank you for your golden years with the National Team and the results
we achieved with you. Can you tell us a little bit about yourself?

Kettlun: Thanks for you kind words.
I
live at Brindisi , Italy. I’m 30 years old, I’m not married but I live
with my girlfriend and we have 2 daughters , we will be married by the
end of next year.

FP: Before you got called up for Palestine, had you ever considered playing international football?

Yes
I always wanted to play international football , and coach Nicola
Shahwan called me up to the National Team for the first time in December
2002 for the Pan-Arab cup in Kuwait.

FP:
You and a lot of Palestinians based in Latin America joined the NT for
the 2002 Arab Nations Cup and we actually got good results that cup,
what do you think of that experience?

I
always remember the 2002 Pan-Arab Cup with a lot of joy and happiness ,
because we had a very good team , I made good friends that year , and
we got good results. It was the perfect start with the NT.

FP: What was your favorite moment wearing the Palestine shirt?

My favorite moment was when I scored a free kick vs Iraq in Qatar in 2004.

FP:
After some spectacular performances, including your amazing free kick
vs Iraq you earned the nickname “El Maestro” and “The Magician”.. what
did that feel like?

After
that I was very happy and proud of what we all did with the Palestinian
NT. And I got even more happy when the Palestinian people let me know
they love me because of what I did. 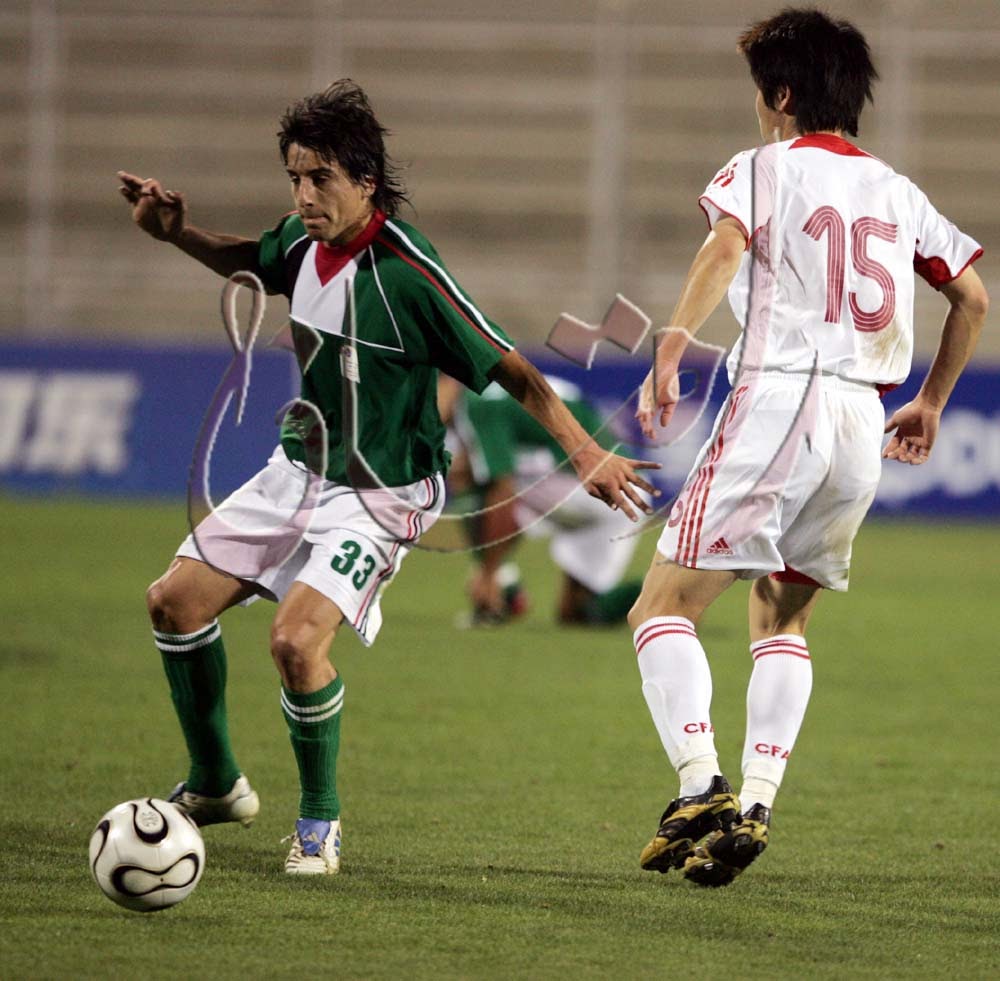 FP: What is your club situation right now?

In the last 4 years I’ve been moving around a lot in Italy , but in the
last 3 years I’ve won 2 championships and made it to 1 play off. Now I
don’t know if I will stay here in Brindisi for the rest of the
season…. I’ll maybe leave somewhere else.

FP: Do you see a comeback to the Palestinian NT someday?

Yes I can see it, and I will love it if it happens!

FP:
During your four years in the NT you traveled around Asia & the
Arab World with the team.. do you have any interesting stories?

Yes,
It’s normal I’ve got a lot of stories by now.. some bad and some good.
One good story was when I met president Abu Mazen in Amman, it was great
for me. When my family saw the picture of me and him they were very
proud of where I was.

FP:
During your time with the National Team, you came under the leadership
of three coaches.. Nicola Shahwan, Alfred Riedl & Azmi Nassar..can
you give us a few comments about each?

Nicola was the coach who started with us and he was important because without him we never would have joined Palestine. Alfred
is a great coach and person, I think with him the NT it worked like it
should, a lot of discipline , a lot of hard trainings and for sure he
has all the experiences a coach can need.
Azmi
i think it was a great person , very sympathetic , very human and he
was a very [good] player when he jump into the field to play the small
game with us , amazing player still by that time…


FP: Which players did you mostly spend time with?

My
two best friends in football are Roberto Bishara and Gonzalo Villagra (
Captain of Union Española club , 1st league Chile) who is also the
godfather of my daughter Maia.

FP: Lastly, is there anything you want to say to Palestine fans?

To
Palestinians fans , I always remember all of you with an amazing
sympathy, during all this years I’ve felt supported by them , and I just
hope to come back one day to national team and try to pay them back
with hard work and some free kicks all what they had gave to me….Forza
Palestina!